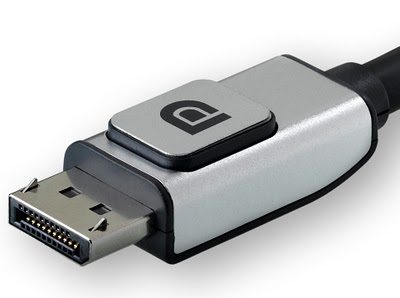 Well, it’s taken a bit of time, but I think with the announcement of DP1.2 specs last December, the specs (and hopefully soon the vendors) are ready for True Digital Cinema home implementation. The DisplayPort connector supports 1, 2, or 4 data pairs in a main link that also carries clock and optional audio signals, each with a symbol rate of 1.62, 2.7, or 5.4 Gbit/s. The video signal path supports 6 to 16 bits per color channel. This allows the updated DisplayPort 1.2 specification to drive 4K x 2K display (3840×2160) with 30 bits per pixel and 3D over a single 2m cable.

Multi-Streaming — is the ability to transport multiple independent uncompressed display and audio streams over a single cable. This enables the use of multiple monitors connected by cable in a daisy chain or hub configuration. Whereas the current Display v1.1a standard can support one 2560 x 1600 monitor at 60Hz, DisplayPort v1.2 can support two such monitors with one port, or four 1920 x 1200 monitors.

Another new feature is the ability to support high-speed, bi-directional data transfer, allowing USB 2.0 or Ethernet data to be carried within a standard DisplayPort cable. For DisplayPort v1.2, the maximum data rate of this “AUX” channel has been increased from 1 Mbps (Mega-bit-per-second) to 720 Mbps, providing suitable bandwidth for USB 2.0. The DisplayPort cable can therefore support USB data to/from the display to support Display USB functions, in addition to sending the video and audio information. Standard Ethernet can also be transported in the DisplayPort cable.

One thought on “DisplayPort does true 4K video….plus other stuff….”